The Dookie Memorial Hall has been around since 1897 and the site for many an old-projector-style cinema night, 21st birthday party, old time dance, and badminton practice. Not to mention the many stars that have been born at the Dookie Primary School Christmas concert.

Today, the Hall ‘re-launched’ with more of an arts bent — including live music, a talk from writer and director Justin Evans who recently filmed in the town with Peter Rowsthorn, as well as thoughts from local arts director Helen Kelly.

The kindergarten is still attached (with wooden building blocks I can officially confirm were in action in the early-1980s*), the display cabinet is still in the foyer, and the crockery in 1960s condition (as confirmed by my mum). But now there is a better sound system, a space designed to promote art creation and enjoyment; and a rather fabulous chaise lounge in the ladies’ powder room.

As well as thanks to the hard work of locals, much of this due to the Victorian Government’s recent Small Town Transformation grant, for towns with a population fewer than 1,500 people. Dookie — with less than 300 residents (including outlying farms) — was successful in receiving $350,000 and is in the midst of a little arts and culture boom. Much is planned for the coming year and I hope to write more about the coming events as they happen.

Below are a few of the photos taken pre-re-launch.

*There are also lots of modern toys for the kiddies — Dookie youngsters are not without the mod-cons — but it is nice that some of the basics have endured. 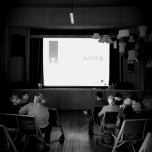 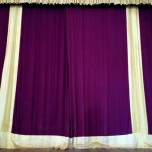 The curtains behind which many a star has stood.

Cabinet of war and peace. 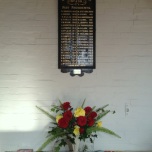 Ready for sandwiches and scones. 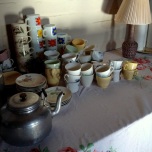 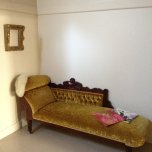 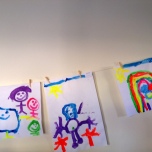 Evening light before the the party. 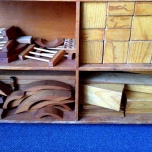 Old school comfort for the audience. 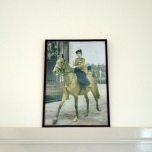 A photo a little out of date, but pride of place above the kitchen.

One response to “New look for an old hall”