I quite like a bit of quality time in the kitchen, making (or just eating) a home-cooked favourite, or trying a new exotic dish. I am also interested in third-world famine, food security, and the environment’s impact on agriculture (and vice versa). So I was quite keen to visit the ‘Our Global Kitchen’ exhibition at the American Museum of Natural History on the weekend.

It covered everything from growing food, sustainability, the trade of food, hunger, obesity, cooking, and food’s role in culture and celebration. The displays were colourful and interactive, and I could smell, taste, watch, listen – and learn (photos at end of article).

Here are just 21 of the things I didn’t know before I visited the exhibition:

I highly recommend the exhibition to anyone in New York – but be quick as it is only on until 11 August 2013.

Caged hens (not a real bird) 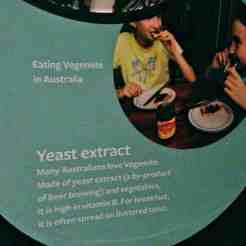 Australian breakfasts and Vegemite get a mention in the breakfast display 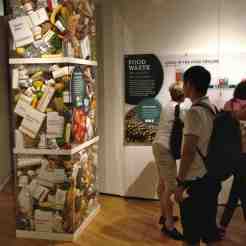 Display of food and market set-up like in Aztec times 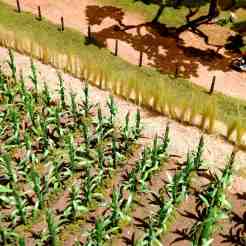 Model of crop plantation in Africa.

Model of harvest in USA

Examples of peppers and their SHU level

Mexican sugar skulls for Day of the Dead celebrations 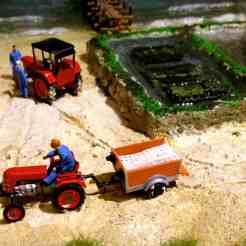 2 thoughts on “21 lessons from the kitchen”