I’ve been back in Australia for a couple of months now, after about four months in the New York summer. There are lots of things I miss from my time in New York such as galleries, the walks in Central Park, the buzz on the street; and even the sirens scream through the avenues seemingly every minute. But I also miss the food, and there are three foods that I really miss. They are all available in some shape or form in Australia, but in New York, they seemed a bit more delicious.

Cupcakes: The Magnolia Bakery was made famous by the TV series Sex and the City, and the cupcakes are indeed delicious. But there are two other bakeries with delights I think even more delicious, that I think about often. The first is Empire Cake’s raspberry lemon cupcake with lemon curd filling, raspberry buttercream, and a drop of raspberry sauce on top. The others are the cakes from the Buttercup Bake Shop — possibly the best chocolate frosting I’ve ever had on their plain vanilla ‘Buttercup Golden’ cupcake — and a special mention to their ‘Lady Baltimore’ — an almond cupcake, topped with meringue, toasted coconut, and a maraschino cherry. 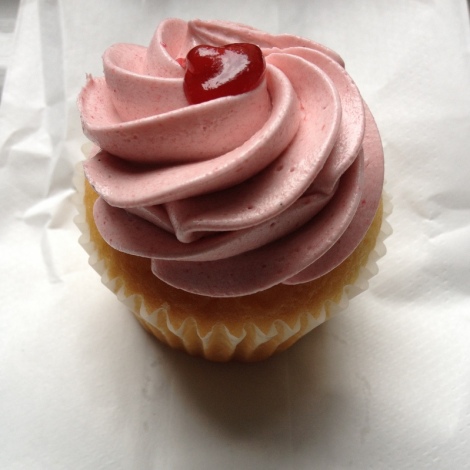 Lobster rolls: Lobster is something rather exotic in Australia but as it is a bit more common on the U.S. east coast, it appears in salads and sandwiches on menus throughout the city. Nothing quite beats a lobster roll in the sunshine — toasted, buttered roll, filled with large chunks of lobster in a mayo sauce. A perfect summer lunch.

Ice-cream: Ice-cream (and sorbet) is everywhere, and as this is my ‘weakness’ more than chocolate, I do have some Australian favourites (I’m looking at you Maggie Beer). I’m not suggesting that it is the best (I’m looking at you Florence) but I do miss it — there is something about the ice-creams in New York, the types of flavours, that I miss. Steve’s Ice Cream had a number of winners. Its ‘Salty Caramel’ my hands-down favourite, followed by ‘Bklyn Blackout’ (chocolate with chocolate cake),  ‘Strawberry Ricotta’, and ‘Sunday Morning’ (with maple syrup and waffle pieces). But there was also the ice cream served at The Smith; and the large scoop of Butter Pecan ice cream in a cone from the Brooklyn Ice Cream Factory, located under the Brooklyn Bridge. Summer = ice cream. 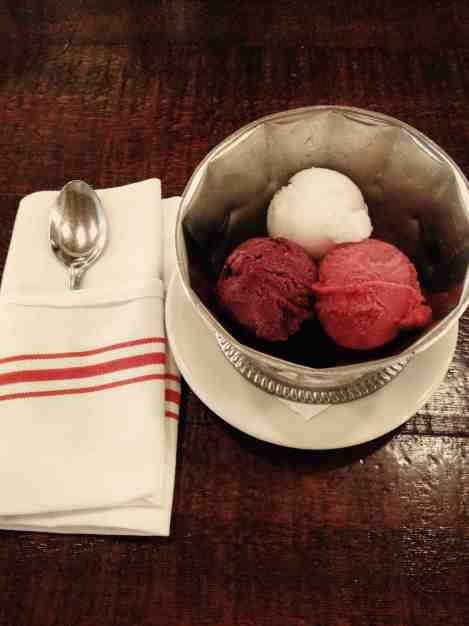 Trio of sorbets — lemon, raspberry, blackberry — from The Smith (Midtown). 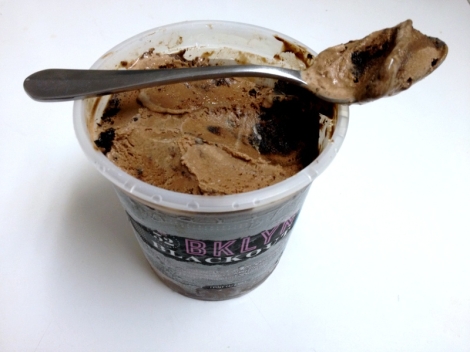