Ben Thomas is an Adelaide-born, Melbourne-based photographer. He is usually in other cities.

What made you interested in photography? Where did it begin?

I started filming a lot of the bands when I was 15 – a mate and I really got into it and started a little production company doing short videos while we were at school. That was really the start for me although I didn’t pick up a SLR until 2007. I had just moved to Melbourne from Adelaide and felt like there was so much to see. It just seemed like the right time to get a DSLR, load my iPod up with tunes and walk around the city to see what I could find. Soon after, I discovered the tilt shift process, or in other words, the ability to reduce the depth of field in an image (with a few other factors) to create the feeling of a miniature or diorama. This was the beginning of Cityshrinker, my first series that helped bring me to where I am today.

Tell us a little bit about the type of photos you create and the work you do:

While my style of shooting has moved a lot over the past years, the subject matter has remained relatively consistent. I like to shoot cities, be that architecture or built up urban areas. I guess I have always been fascinated with how intimidating these places can be the first time you visit them. I have used various techniques over the years to deconstruct these places, be it tilt-shift, mirroring or the use of colour.

You’ve recently been taking photos in China and Italy – what work were you doing there?

I was invited by the Villa Lena Art Foundation in Tuscany to be part of a two-month residency program where I’d create new work while working with local schools and hold various lectures based on my work. This was a huge turning point for me, as it was an opportunity to develop a new body of work Chroma and shoot a number of the locations I had been wanting to shoot for a long time. Over the two months I shot images in Hong Kong, Shanghai, Paris, London, Rome and throughout Tuscany. I was also hugely fortunate to be in residence with a number of unbelievable artists from all over the globe. 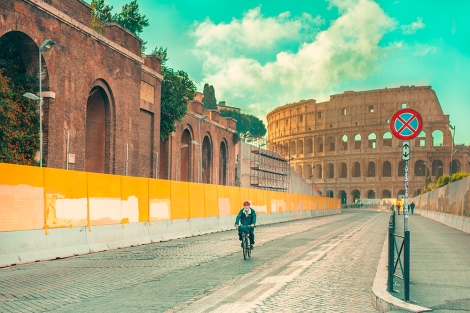 What was your hope or intention when you started shooting professionally? Have you met that, or has it grown into something different?

My hope and intention from day to today is to shoot and produce better art every day. I think in this industry it’s really easy to get ahead of yourself – it is massively competitive and I’ve seen too many photographers burn out and ultimately hate what they do. I don’t know if it will always be like this for me but I still love what I’m doing and feel like there is a whole heap to learn along the way too.

What is something you have you learned along the way that you wish you knew at the start?

What are you most proud of, or what has been the highlight so far?

There are two for me right now – I can’t split them! First of all is releasing my first book, Tiny Tokyo. It was a massive labor of love and completely satisfying to see on bookshelves when it was released. The second without doubt is my recent time at Villa Lena. There are very few opportunities in life to get two months disconnected from the outside world to do what you want to do.

Do you have a favourite or memorable shoot you can tell us about?

My favorite shoot was recently, in Paris, shooting around La Défense. I’d been to Paris a few times previously but I hadn’t taken the time to head down to the business side of town. I headed down there with one of my best mates who I hadn’t seen in a few years and we just cruised around, catching up and freaking out over the insane architecture that was all around us. It was so bizarre to me that a city could have two almost polar opposite aesthetics to it. Both being fantastic. 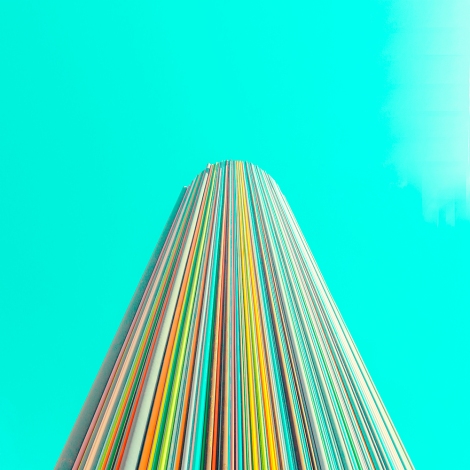 If there is one person you could sit down and talk with about what you do, who would it be and why?

I would have loved the opportunity to sit down and talk to Jeffrey Smart. He’s been my greatest Australian art influence. From a technical viewpoint, I have learnt a lot from his work. In fact, my grandfather and Smart went to the same technical school in Adelaide where they were exposed to perspective for the first time.

What single thing you would like people to learn, know or understand about what you do?

Shoot what you love, meet new people and have fun.

In five words, how does taking photos make you feel?

:: ‘Not so ordinary’ is a project that shines a light on regular people doing amazing things, making a difference, or just living a passionate and interesting life. Please share this story using the social media buttons below and the hashtag #NSOpeople — thank you! ::