Greenwich Village is full of history, tree-lined streets, ‘Federalist’ style housing, and a true neighbourhood feeling. It is no wonder it is one of the most in-demand (and expensive) places to live in New York CIty.

On a recent walking tour of ‘the Village’, I snapped the photos below, and learned: 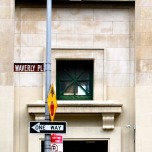 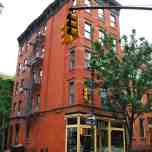 Last wooden house in the West Village on the left; Ross from Friends apartment block on the right

The Stonewall Inn — the start of the movement for gay rights 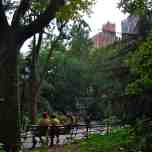 Site of the no-longer Northern Dispensary, where the poor could go when they couldn’t afford a doctor 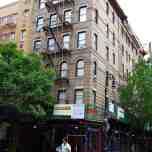 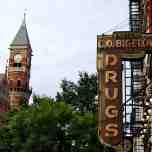 Entrance to comedy club that launched 100s of careers

You can read more about the Greenwich Village walking tour at the ‘Free Tours by Foot’ website.